Artist Statement
My artwork is composed and executed in series conceptually evolving over time, however it can also be rather spontaneous and whimsical when a muse inspires. Currently I have been working primarily in two non-representational styles, geometrically and lyrically, at times combining elements of both .
The individual pieces juxtapose cerebral imagery of line, form, and color along with spatial and textural references to reveal elusive moments in time. Evocative of particular, yet undefined discoveries, each work yields a unique disposition or tonal mood. The process of painting for me has evolved into a meditative vehicle of connection to a deeper state of awareness and creativity. In essence, being engaged in the creation process centers my mind as well as my body and spirit, thus allowing for approach to a more integrated whole.

Biography
Mark Quentin Sickler is a visual artist residing in Saratoga County New York. Mark has always had a natural and unquenchable desire to create objects of aesthetic appeal. As a youth his curious fascination with art media began very early. His favorite pastimes were spent drawing, painting and experimenting with various materials to express visually.This natural thirst for creating and discovering within the realm of the Visual Arts led him to earn a Masters Degree in Art Education from the State University of New York, College at New Paltz.

In addition to formal education, Mark was fortunate to have the privilege of studying composition and painting with Rolph Scarlett. Scarlett, a Canadian painter, designer, was advisor and friend to Hilla Von Rebay, helping her establish the Museum Of Non-Objective Painting in New York City, later to become known as the Guggenheim Museum. Rolph was an important inspiration and mentor for Mark, guiding him to “hear the visual music of composition, color and form with the eyes” as well as awakening a greater understanding of the "cosmic universal spirituality of Art”.

After a rewarding career in Art Education Mark has retired and is now enjoying the freedom to create artwork when the spirit moves him. His work has been shown in numerous group and solo exhibitions over the past four decades. 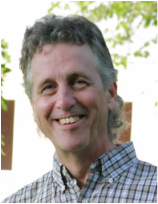